Spend any length of time with the brains behind Toledo Sports Network and you’ll find they have a lot of heart.
That heart — along with hard work and long hours — is starting to pay off for Mike Jameson and Mike Gonzales.
About six years ago, the two pooled their decades of collective broadcast experience to form the Internet radio station Toledo Sports Radio. Together with a television portion, they call the venture Toledo Sports Network.
This football season, Toledo Sports Network will more than double its number of live audio broadcasts of high school games online each week as well as increase its TV airtime.
The station will film two high school games per week.
In addition, five area schools —Cardinal Stritch, Clay, Genoa, Rossford and Toledo Christian — will now offer their own live, audio commentary of games, available online at its website, ToledoSportsRadio.com. At Clay, the broadcasts are done by students, which is Jameson’s intent for all the schools eventually.
“Once it catches on, we’ll have all kids doing the games,” Jameson said. “I would love to have one of these things in every one of the high schools.”

All that’s needed is a laptop, mixing board and Internet connection, Jameson said. “It’s very simple actually and if they need anything we’ll help them out.”

By working with youth, Gonzales said the station also hopes to gain a fresh perspective and possibly some new talent.

“We have the experience; they have the youth, energy and enthusiasm. That’s a good mix,” Gonzales said. “Once they realize how exciting it can be, we may find future broadcasters from this area. The more schools we can get involved the better.”

Starting this fall, WTVG Channel 13.2 will air two Toledo Sports Network games on Saturday afternoons. The games will also air on WMNT Channel 58 on Buckeye CableSystem, on Sunday afternoons and on Time Warner’s local on demand starting the Mondays after games. Jameson is also a regular 7 a.m. Saturday guest on ESPN 1470 The Ticket.
“We’re huge this year; we have a huge footprint,” Jameson said. “Channel 13’s taking a big chance with us and I really appreciate it. I’m really excited. We want to see where this is going to go. I think it’s going to work out really well.”
Toledo Sports Network covers local high school football, boys and girls basketball and baseball games, especially in outlying schools such as Genoa, Lake, Otsego, Anthony Wayne, Eastwood, Woodville, Elmore and Bowling Green.
The station also covers Cherokee junior hockey games and offers several live sports talk shows. All games are archived on the website, where they can be watched or listened to for free.
“There’s just so many games out there not being covered,” Jameson said. “BCSN can only do so many of them. We’re not trying to step on their toes. What we’re doing is different from their games.”
The website, which Jameson said averages about 800,000 hits per year with 40 to 100 people per game listening for at least an hour, will also link to live audio game commentary produced by St. Francis De Sales, St. John’s Jesuit and Central Catholic.
“We’re just gonna blow the door off the site this year because of so many extra feeds,” Jameson said. “It’s gonna be crazy. In two years, I’d love to have 18 games on here you can listen to. Basically, it comes down to funding.”
Gonzales said the station wants to give teams and communities exposure it might not normally get it.
“Those kids are just as deserving of the coverage,” Gonzales said. “They take their sports just as serious out there as we do here in the city.”
The station has followed Genoa on its football playoff runs the past several seasons and Athletic Director Mike Thomas said he appreciates the interest.
“When you got a small school like us, we don’t get a lot of coverage,” Thomas said. “When football started winning again, people started getting interested and Mike was here. He is very easy to work with and has been here covering our games for four years. Their group is a very professional group. They respect our facilities when they come in and overall just do a great job for us.”
Jameson, whose father worked in radio, has been fascinated with the medium since childhood.
“I was just mesmerized by it,” Jameson said. “When kids were out playing baseball and doing all that stuff, I had my own radio station. And I’ve been on the air ever since. I just love the business and I love Toledo.”
Gonzales was an early experimenter in Internet broadcasting, covering hockey games online since “the invention of the Internet I think,” said Jameson, laughing.
The two met in the mid-1990s when they worked in AM radio.
“We just clicked,” Gonzales said. “We both have a similar ideology and thought process. We’re both a little goofy, but that’s what makes it fun. And we’re just different enough to drive each other crazy but that’s what pushes us to make it as successful as we can, what drives us to make it work. We bounce ideas off each other; he’s a great listener.”
In the mid-2000s, the two added coverage of Cardinal Stritch football games — Jameson’s alma mater — to Gonzales’ Cherokee hockey broadcasts and from there started adding other sports.
“As far as where we started to where it is now, it’s improved more than what any of us thought,” Gonzales said. “We have big expectations for it, but we also have the experience to know you can’t do things overnight; you have to grow it.”
Running Toledo Sports Network is a labor of love, as both Jameson and Gonzales work other jobs.
Until they acquired an equipment trailer to use as a mobile studio last football season, they worked out of Jameson’s van. A team of about a dozen pseudo-volunteers, including Mike Bauman, a Toledo Free Press sports staff writer, man cameras and provide color commentary.
Steve Taylor, who previously worked at BCSN and Fox Sports Radio, has been announcing games for Toledo Sports Network for about three years.
“I saw an opportunity to help an up-and-coming company get started, kind of like I did with BCSN, because I started with them the first day they hit the ground,” Taylor said. 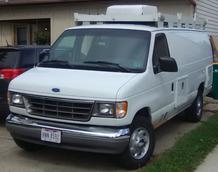 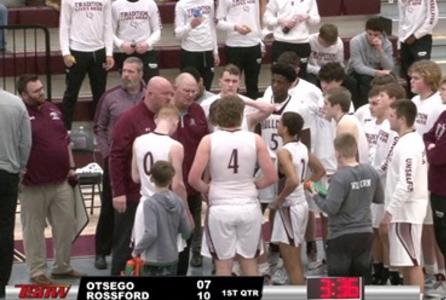 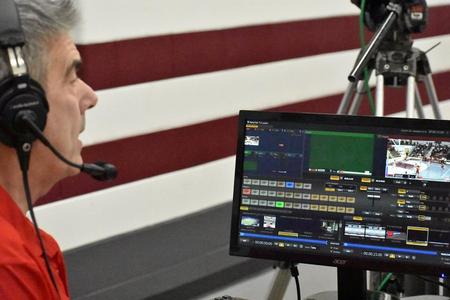 Toledo Sports Network , www.LiveStreamsToledo.com and Northwest Ohio Sports Network is a local TV, Radio and Internet company providing local sporting events over the air on television,  Live Streams in HD and Internet feeds along with taped events for later dates on any media market.   Creative Video Imagery and Mike Jameson has provided quality HD Programming for games that normally would not get any airtime to a broad base of viewers in Northwest Ohio. And beyond.  We have the ability to provide multi camera live shoots in full HD on our Toledo Sports Network 1080p servers.  We can then save those videos on any format you may need.  We have done over 16 years of high school, professional sports and college in the area. Our shows can be seen on WTVG 13.2 The CW Network. We have worked extensively with area schools to get the students running camera's and technical positions.  Our goal is to offer up to 3 separate games to watch live on our streams and to replay on CW network.  If your company would be interested in helping out with our coverage please contact Mike Jameson at 419 514 1302